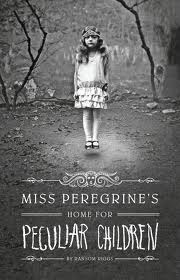 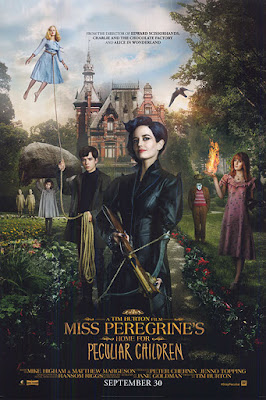 When his beloved grandfather leaves Jake clues to a mystery that spans different worlds and times, he finds a magical place known as Miss Peregrine's School for Peculiar Children. But the mystery and danger deepen as he gets to know the residents and learns about their special powers - and their terrifying enemies. Ultimately, Jake discovers that only his own special peculiarity can save his new friends. Based on the novel "Miss Peregrine's Home For Peculiar Children," written by Ransom Riggs.

This review WILL CONTAIN SPOILERS!

Ransom Riggs Miss Peregrine's Home For Peculiar Children has been turned into a film! Ever since I read the first book, I had always hoped that this would be adapted into a movie. Another hope was that it would be directed by Tim Burton (which it was). I had very high expectations for this film not only because it was directed by the one and only Tim Burton, but because the trailers looked like the movie had a lot of potential! Obviously there were changes, and I quite liked a lot of the changes but then again there are some that didn't sit well with me.

One of the fears that I had before going into this film was that it would lose the creepiness of the book. The reason why I thought this was because of the trailers, it honestly just looked a little more light hearted. This movie definitely had it's moments with the scary and the creepy, but it was more of a blend between the light and the dark. For most of the film, I thought it was done pretty well but it was when we reached the end of the movie where I felt that it was very out of place. And the reason why I believed it felt very awkward was because it strayed off from the original storyline. For me, it didn't flow well. It was almost as if we were placed in a different story. Usually, when something is changed in an adaptation, the flow of it is done well and it wouldn't feel awkward.

I would say that the biggest downfall of this book was the explanation of the world. While, in some cases it was good, there were things that I found confusing. There were even little things that were overlooked that didn't make sense to what was said before. The entire explanation behind the loops made sense until the end I would say. Another aspect of the film that I noticed was that there was points in the story where it was very choppy. We went from one point to another in an unnatural way. 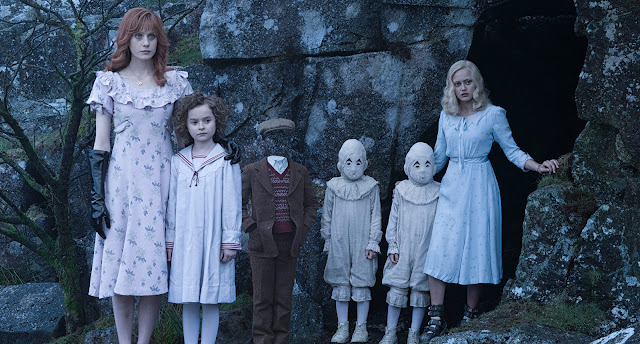 In my opinion, the film was a reasonable length but it obviously did not have as much depth as the book. That's something that can be very hard to bring on screen especially since it's a film. There was just a lot of significant things that were left out of the film, that I wished they had included in the movie but unfortunately didn't.

Something that A LOT of fans were upset about was the fact that they changed the powers of both Olive and Emma. The change did not affect the storyline or the characters what so ever. I do not think the switch was meant for story reasons but for cinematic reasons. Having seen the film, I understand why they would want Emma to have air as her peculiarity since her powers were used as a visual for many parts of the movie. Since Emma is one of the main female leads, it would make sense for her to have that power and not Olive. I personally wasn't bothered by the change.

As readers we know that Abe and Emma were a couple back in the loop. This was never mentioned in the movie, I was waiting for it to happen but unfortunately it wasn't. Part of me wished that it was but I understood because I guess it would've been a little weird to some viewers. However, even though it was never spoken, you kind of got the idea that Abe and Emma were close before he went away.

The romantic relationship between Emma and Jacob was something that I felt to be very magnified in the film. I mean---it's hinted at minutes after their first meeting. The reason why I'm saying this is not because I think that it was a bad thing, it's just something that I noticed. In a way, the main components of the film was the storyline and then their relationship. Also, the film had a very odd flow and it almost felt like their relationship was rushed because it felt like we had only spent like two days with the characters and the both of them were already crazy about one another. 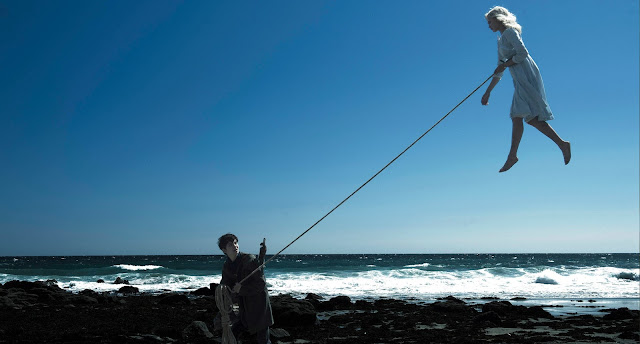 Let's talk about the relationship between Jake and Abe! I thought their relationship was done pretty well in the movie. The major thing I'm going to talk about is the fact that Abe comes back to life at the end of the movie. Now, it's not that I wanted Abe to die. It's the fact that his grandfathers death was such a motivational factor for Jake or Jacob and him coming back to life was almost like a slap in the face. I just felt that his death was a VERY significant part of the story, and I wished he would've stayed dead. I LOVE ABE I just didn't love that particular change. Although, I couldn't get over the fact that his grandpa was played by the man who played Ramsey in Haunted Mansion.

There is one thing that my mom pointed out after the movie, and that was that the movie kind of turned into a love story. The ending is different from the book, as I've mentioned before. I love Jake and Emma both in books form and movie. For me, it kind of felt like the story ended on Jake and Emma's relationship and not really the story. Does that make ANY sense? I have no idea.

This film had really great visuals! With a movie like this, it's kind of a no brainer to have good FX. The hollows were really well done. I loved the wights as well---even though they weren't called wights. (We'll talk about that later on in the review.) I just felt like the FX fit with the film, and it didn't look out of place.

Still on the topic of CGI and FX. Most of the children's peculiarities rely on FX. It was really fun seeing how each of their powers were shown in the film, especially Claire's and the twins!

The whole backstory with the wights and the hollows is really different in the film. In the movie, it's definitely a little bit more creepy and edgy. It's been so long since I've read the books, so I can't really talk about the difference between a wight and a hollow. In the movie, there are no wights they're all just hollows. 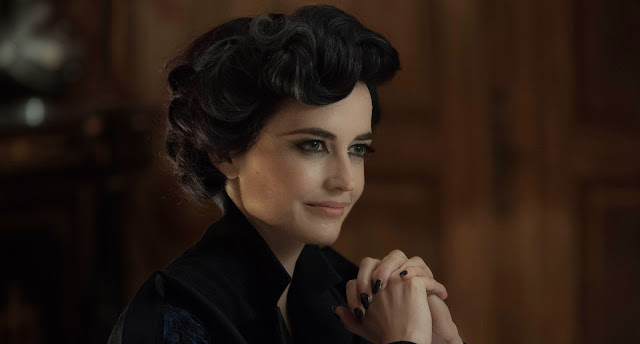 With the actors portrayal of all of the characters, I would say that they all did a phenomenal  job. The one person that stood out to me was Eva Green who plays Miss Peregrine. I think a lot of us can agree on this and say that we all pictured Miss Peregrine to be a little older. However, I didn't really mind. Eva Green was the PERFECT Miss Peregrine! I would really like to see more of her as Miss Peregrine, if we were fortunate enough to get a sequel!

There was a lot of romance in this movie than I was expecting. Olive and Enoch were a thing which was strange. I didn't really hate it, but I would say that I wasn't expecting it.

This is just my opinion, but I definitely feel like the darkness of this world was toned down. Don't get me wrong, there were it's moments but I love creepy things and it was something that I loved so much about the books. I feel that it was targeted towards a younger audience, just because there was more playful things that were showcased. I kind of wanted more creepy and dark, and not really evil but happy stuff. The comedy was very enjoyable in the film, and I would still want that if it was more dark but I just wish there wasn't as much kiddy stuff. There should always be a balance between the two, but I feel like the film had two different sides that kind of didn't really blend together. It was more like one or another. I still really liked it though.

The ending of the film was very closed. Some people I guess wanted more of an open ending, mainly because they believe that there should or is going to be sequel. Yes, there is a high chance of it having a sequel but what if it doesn't? In my opinion, it's better to close a story especially when it's the first in it's franchise, than to leave it open because there is always going to be a 50/50 chance of something continuing or not. Many people were saying how they don't know how they're going to continue on to Hollow City, you know I wouldn't worry too much about that. If we do get a sequel, I'm sure that they will find a way since they did a really good job with adapting the first one.

The ending is one of those things that you have to accept because it was clearly done to make things more climactic, and to keep you on the edge of your seat.

At the end of the day, a book-movie adaptation can be so unlike be the book can still stand on its own and be a great film. We were very fortunate to have a somewhat accurate portrayal of the books, and we should be thankful. It was pretty good in my opinion, I know other people may think otherwise but I LOVED IT.

Overall, I was very happy with this movie! It definitely exceeded my expectations if I'm going to be quite honest. As a book fan, it was amazing to see one of my favourite book series come to life. I really, really loved it. You know, this adaptation wasn't perfect---many aren't but it s  definitely one of the better adaptations out in the world. I would rate it a 4 out of 5 stars.