Fantastic Beasts & Where To Find Them | Movie Review | Faith 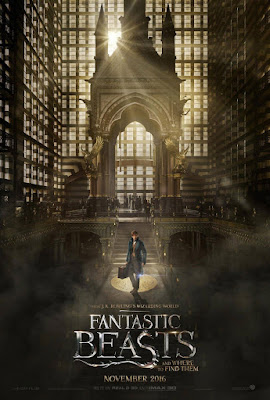 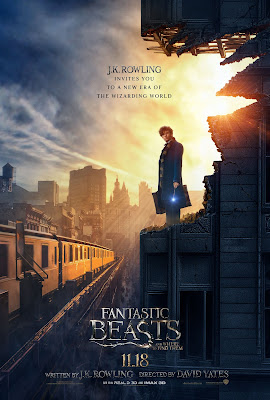 The year is 1926, and Newt Scamander (Eddie Redmayne) has just completed a global excursion to find and document an extraordinary array of magical creatures. Arriving in New York for a brief stopover, he might have come and gone without incident, were it not for a No-Maj (American for Muggle) named Jacob, a misplaced magical case, and the escape of some of Newt's fantastic beasts, which could spell trouble for both the wizarding and No-Maj worlds.

This review WILL CONTAIN SPOILERS!
Fantastic Beasts & Where to Find Them is the prequel to Harry Potter, set in 1926 New York. If you are like me or if you're just a potter head in general, a lot of you must've been waiting for this film for a long time. I still remember finding out that J.K. Rowling was doing this and it felt like all of my dreams had come true. When I was around the age of eleven, I predicted that something like this would happen. Six years later and we are gifted with the joy that is Fantastic Beasts and Where to Find Them!

I really had no idea what we were going to get with this film. All I knew was that it was another film set in the Harry Potter world. It was one of those things where I questioned, were we going to see a Harry Potter film or something entirely different? In a way, it was both.

Before the movie started filming, I was really scared about who was going to direct the film. Luckily we got David Yates who was the director for the last five Harry Potter films. His direction combined with the writing from J.K. Rowling and just the overall production quality resulted in a really fantastic film.

Let's start off with the storyline and characters. I don't know if this has to do with the fact that I know that the screenplay was written by J.K. Rowling or if it's just me being me but I truly feel like you can tell what really comes from J.K. Rowling's mind. If you didn't know, I was very disappointed with the "eighth" Harry Potter story. It was written by Jack Thorne, and I don't feel like the entire idea was from her. Putting that aside, let's talk about the movie. We've only seen one film, and just this one film had so much depth and detail. The storyline and it's characters flowed so well as it made connections to the Wizarding World we already know. 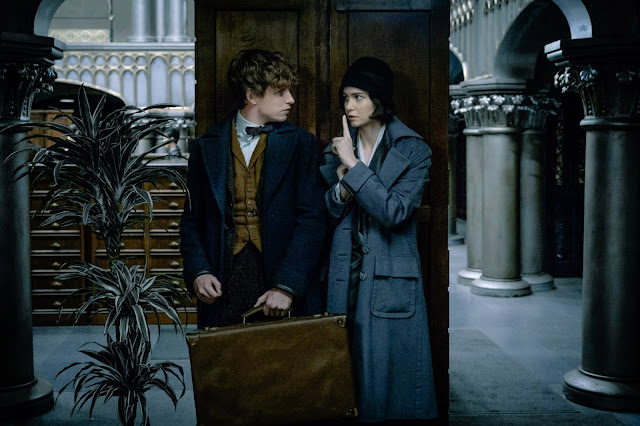 One major thing that I loved about this movie was the story arc of the obscurities. If you are here not having seen the film, and have no idea what I'm talking about it's basically just a power that results from a child suppressing their magic. We have squibs and muggle borns but never have I thought about someone trying to hide their powers. I just thought that this was so, so brilliant. The development of the story arc throughout the film was just so good. Now that I mention it, the overall development of everything was done very well. I felt that there was a good flow of everything, and all of both the little and major revelations were done well.

There was not a single character in this film that I disliked. It still amazes me how quickly I started to love the characters with only one film. I honestly love them just as much as I love the characters from Harry Potter. Although, if I had to pick favourites it would be Queenie and Jacob just because their entire dynamic is just incredible. Don't get me wrong, I love Newt and Porpentina but Queenie and Jacob take the cake. There were many moments with Jacob that made me laugh like crazy.

The casting of Johnny Depp has caused a lot of controversy. I was kind of unaware of the entire thing and was basically just shocked that they cast him as Grindelwald. I think we can all agree that he's a brilliant actor and I am personally looking forward to what he's going to bring to the franchise in the next four films!

All---or most of the characters in this movie are honestly just so loveable. It's very easy to gravitate to them and you learn to care for them in an instant.

Let's talk about all of the FANTASTIC BEASTS that were in this film. It was so great to see these creatures in the movie. It was so cool to see their different personalities and the extent of their abilities. Another one of my favourite things in the film was his case! I was so not expecting to see a full on world inside of his suitcase. It was so fun to watch him find his creatures as well as care for them. 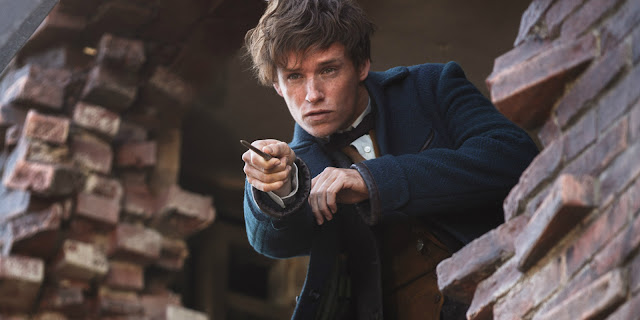 At first, I didn't think I was going to enjoy the fact that this movie took place in New York. I don't know why, maybe it's because I'm too attached to Hogwarts. I was pleasantly surprised to find that I really did enjoy it. It was interesting to see the way their government worked, the different policies and such. It was honestly just a lot different from the Ministry of Magic, I also thought it was a little bit more dark than it. Then again, this is in 1926 so their could've been some changes throughout the years.

It was so much fun to jump back into this world. I think that the fact that it was set in New York it made the whole film very fresh and new. We still got the feel of the old Harry Potter films that were set in the wizarding world, but we were still given all of this amazing new content!

There were also quite a few moments where I got kinda emotional. Harry Potter is something that means a lot to me and is one of my favourite franchises. I didn't cry---but I sure did come close.

Overall, I think you can tell that I absolutely loved this film! There were so many hidden gems for the fans. I only really got into Harry Potter when the last film came out, so being able to experience this film was so special. I never thought that I'd be able to do that since I was so late in the game all those years ago. I genuinely hope that this can bring in new fans, as well as connect the old ones! I would rate this a 5 out of 5 stars