Catching Fire is the second novel in the Hunger Games trilogy. It is my favourite in the series, and is the one I have re-read the most. I will not be going into too much detail into the plot of the book, because I am sure that most people have read them considering how popular they are, and if you haven't, that's just weird.

I first read Catching Fire in Grade 7, after watching the first film. I kept rambling on about it after we finished watching the movie. My friend (RQK) said "You're going to get obsessed with this." and I of course said no, and guess what? I became obsessed, I read the books in less than a week and had a weird collection of Hunger Games merchandise.

As I read these books, I found them amazing and developed a really weird hatred for Gale. I loved everything that happened in this book, and I certainly didn't think that Katniss and Peeta would go back into the games, but of course I was spoiled so I wasn't very surprised. I loved how Katniss's and Peeta's relationship grew stronger not necessarily as lovers but as friends, because we all know that Katniss never really loved Peeta in that way in the first book. In Catching Fire they become stronger as friends and they sort of comfort each other and then as you may guess, Katniss starts to actually fall for Peeta. Typical young-adult novel. One thing that I liked, was that it wasn't like "INSTA-LOVE!" In my opinion, their relationship was more realistic then most novels. For Catching fire it was very well paced, unlike mockingjay which could have been spread into at least another book. I would rate Catching fire, a 4.5 out of five stars. 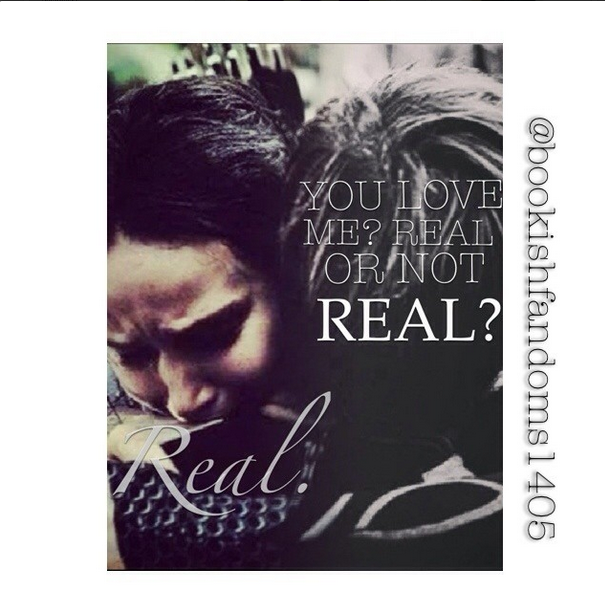 Movie Review: First, this movie was so much better than the first one. It may even be better than the book.. The casting was perfect! I loved Jena Malone as Johanna and Sam Clafin as Finnick. The wardrobe was spectacular! Just everything about this movie was so good! And I think that it's awesome that we get to see President Snow talk about the games and how he wants everyone dead, it made the movie even better. I was freaking out the entire time I was watching it, but we missed the part where Peeta temporarily dies... which made me very sad.... compared to the book, it was so good, all the lines seemed to be pulled directly from the book. I do wish they played with the pregnancy card thing a little more but it made sense on why they didn't do it. I also wish they added the rooftop scene! AGH! Not a proper review.... Anyways, I would give this movie.....a...... 12 million out of five stars.

If enjoyed please feel free to subscribe or follow OUR blog! More posts are to come!
Posted by Unknown at 6:13 pm