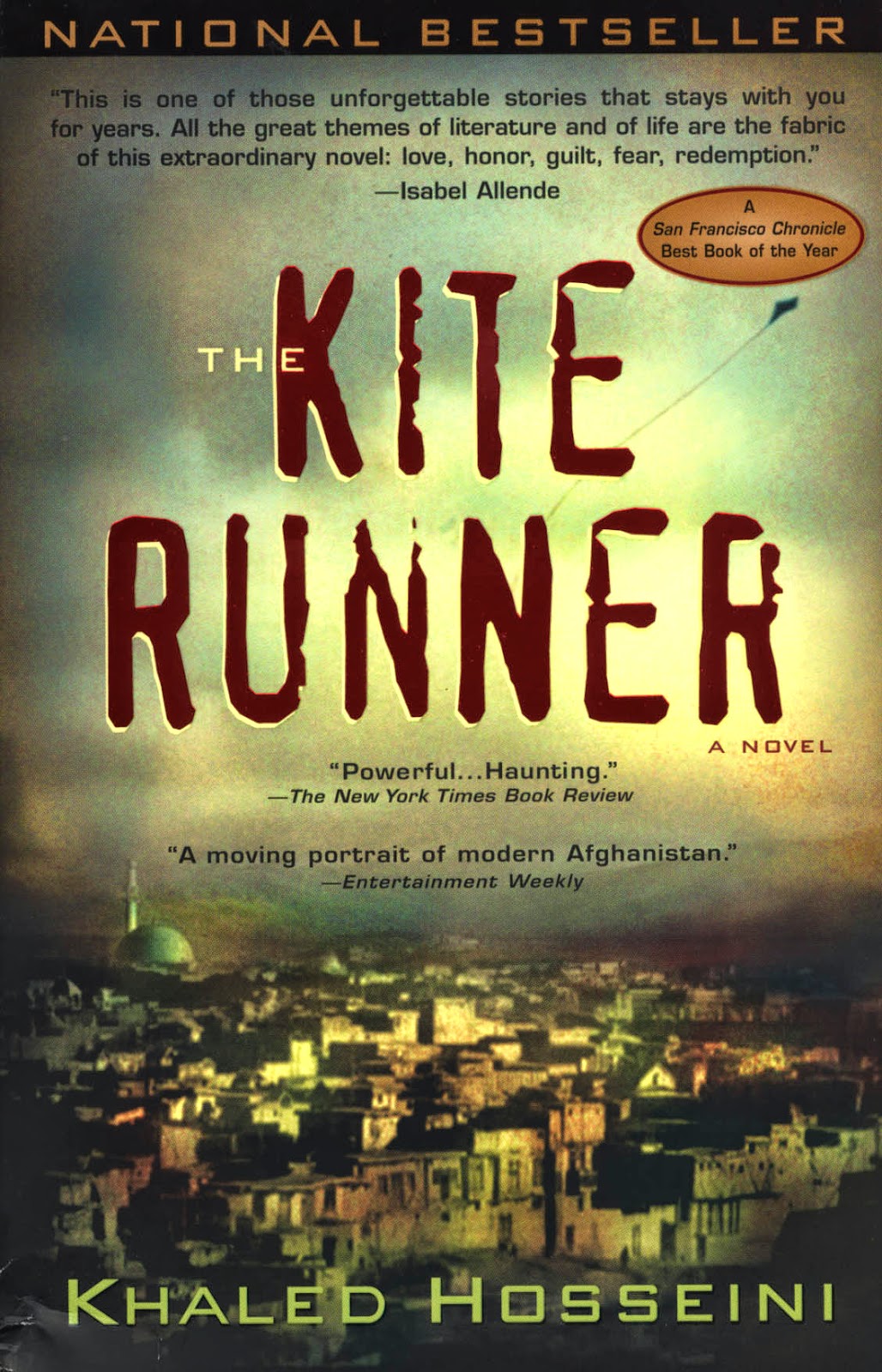 Short Summary: The story tells of two boys one wealthy- Amir and one a servant's son- Hassan and their friendship. It all starts with various memories of their friendship. It tells you about how they grew up together, learned to do things together, but also how they were very different and lived different lives. Later in the book after his betrayal all is left is Amir and his father. The story goes on to tell of Amir and his fathers life for the next decade or so. Only then does it reveal everything that Amir missed, everything that happened. Its also the time that Amir learns the consequences of his actions and betrayal, as well as what true loyalty is.

Kite Runner is the first novel by Khaled Hosseini. I  read his second one first "A Thousand Splendid Suns", however they have no relation so the order doesn't really matter. This books is not like the typical books reviewed on this blog. It isn't a fantasy or dystopian novel, its a story relating to truths from of this world.

The book is written from the perspective of the wealth boy Amir. Now even though I understand the importance of having a character like Amir in this story to be the way he is to emphasize the way these children's way of life can be and the truth behind these stories I didn't like his character for most of the book. My favourite character was Hassan who was the son of his father's servant. I guess if the book was on his perspective I might have a different opinion, but the book being as it is I found Amir's lack of loyalty quite appalling. I feel like I should explain this so people don't confuse what I'm saying. I completely understand that this book is no fantasy and I in know way wish it to be. However I personally am a strong believer when it comes to the loyalty you have with your friends. Especially in this circumstance when they grew up together and how Hassan has unbreakable loyalty to Amir I find everything he did to be truly horrible.

Of course though that is the whole point of this story. It tells you of the terrible things that Amir did, his betrayal, but it also talks about his redemption. Khaled incorporates other issues that go with the culture and country that his story is set in. His novel is backdropped by the devastating history of how Afghanistan came to be the country it is today. An important thing that is explored throughout the story is how in their culture, their country, the power that their fathers have over their sons.

Overall I really enjoyed this book. It gave me insight to the lives of these people who live in these countries and the things they go through just to live. I would rate this book 5 out of 5 stars. It truly is an inspiring and tragic story. This book also has a movie which I would highly suggest watching, of course after reading the book. The second book "A Thousand Splendid Suns" will have a movie coming out in 2015.

please follow our blog and I hope you enjoyed this review!