There are so many awesome books coming out and I would like to share my most anticipated books! The first book is The Retribution of Mara Dyer by: Michelle Hodkin! I have loved the first two books, The Unbecoming of Mara Dyer and The Evolution of Mara Dyer. Fans of these books knows that this book has been post-poned many, many times and now it's going to be released in the fall! 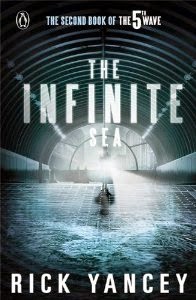 The second book is The Infinite Sea by: Rick Yancey. I am a huge fan of the first book The Fifth Wave and I am so excited to find out what happens to all of the characters. Mainly just Evan... I mean who wouldn't want to know what happens to Evan? The third book is Winter by: Marissa Meyer. This is the final book in the Lunar Chronicles and I have not read Cress yet but I am planning to read it very soon! The fourth book is, In the afterlight by: Alexandra Bracken. I have not read Never Fade because I don't own it but it is one of my goals to read it before the this one comes out. 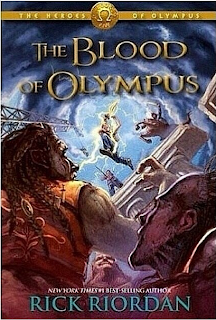 The fifth book is Blood of Olympus by: Rick Riordan. I am a big fan of Rick Riordans books and they are always so easy to read. Again I have not read Mark of Athena or House of Hades but that's not my fault, that's the libraries fault.

The Sixth book is The Iron Trial by: Cassandra Clare and Holly Black. It is the first book in a five book middle-grade fantasy series. I don't know much about it, but it is coming out on September 9th, 2014.

The Seventh book has already been released. It is Cruel Beauty by: Rosamund Hodge. It is a re-telling of Beauty and The Beast. If you haven't noticed I love fairy-tales and re-tellings.
Posted by Unknown at 4:02 pm