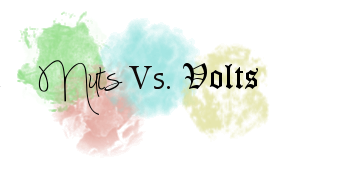 What would make you interested in reading a 'youtubers' book?


I would say proof of time and effort. It is so easy to say "I wrote a book" while not having done anything at all. I am going to take Colleen Ballinger (Miranda Sings) and her brother Christopher Ballinger for example, they have made a book with Miranda Sings name on it. However they have made each page by themselves, they have done everything. How do I know this? Vlogs that show them doing the work. You can just tell how much effort they put into it, and overall love and thought. Another factor would be the idea of the book, it would have to be something that I find interesting.

I agree with everything FTM has said. For me the effort as well is important. I think for me though it also depends on what kind of book they are making. If it is a book about them, their life or some other personal story, then I really don't mind it. You know that they had to have contributed in writing that as only really you can tell your story with the upmost accuracy. I think with all books it doesn't always matter whose book it is, but really what the book itself is all about. I don't really care if a youtuber I like writes a book unless the book itself and its story genuinely interests me.

How would you feel if you were a 'youtuber' and a publishing company approached you to have a book published?


It is one of my dreams to write and publish a book. If this ever were to happen to me, I would be on top of the whole world. However, I do understand the difficult process of writing and publishing a book when you are doing it yourself unlike some others. If I were asked to do this, I would personally ask if I could write it myself and not have a writer assist me(A.K.A write it for me). I would want to go through the whole lengthy process of multiple drafts, I want arcs to be released, I would want the whole experience. If I wasn't allowed to do this, I would probably say no to the offer because I don't think it's worth it to have someone write something that won't truly be mine.

I would pretty delighted however I don't think I would accept the offer. I just don't think I could really write a good book. I know I wouldn't be able to write a fiction book and I don't feel I have accomplished enough to write a story about myself. Even if I could come up with an idea I wouldn't feel comfortable with somebody else writing a book and then just putting my name on it. Anybody can come up with an idea, the real hard part is writing it. Thats truly what makes somebody a writer. As for FTM I definitely think that she should take the offer because I truly think that one day she could be a great writer. She has very vivid and creative ideas that I think could really be amazing stories.

What are your opinions on Youtuber Zoe Sugg having her book ghost written?

Honestly my opinions on it are really conflicted. I mean it is really hard to tell how much of her book really was ghost written. Not only that I personally haven't read her book therefore can't exactly judge the true content of it. However based off just the summary and storyline I can say it definitely doesn't seem to be a book I would like and I would rather not waste my time reading it. Zoe Sugg isn't any sort of professional writer, she is truly just a known person with an idea of a story. Many people can come up with an idea, but writing the story is the real hard part of it. It takes a certain amount of skill to really write a good story. In my opinion I don't think that she really has the skill to write the book very well herself. I mean her idea may or not have been good. I am not saying to not read this book, considering I haven't read it I don't think I have the right to suggest it, but I will say I personally have no interest in reading it.


Basically, I completely agree with everything RQK has said. Of course it is common for well known people/celebrities to have books published and have them be ghostwritten. However, what really bothers me about Zoe's book is that the supposed real author was only acknowledged a few times. Usually when a book is ghostwritten, the person who's face is on the book will actually acknowledge that they were assisted in the process. For example, it will say Name WITH Real Author. Having something ghostwritten is understandable and okay to an extent.

What are your thoughts about so many Youtubers being approached about writing books?

I think that many of these book publishing companies are more just using Youtubers as a face to sell books. I am not saying that some Youtubers might not have good or interesting books, but there are some that definitely don't. They are just using these peoples already established popularity to easily make quite a bit of money off a maybe "okay" book. I don't mind Youtubers in general writing books, but only when they are truly putting in the work to write the book and when the book isn't just something made for money. I am not trying to really put down all Youtubers who write books. There are some Youtubers who's books are good and I would be interested in reading. I think it's almost unfair to those authors who have written  some books that are phenomenal and truly deserve recognition are completely blocked out by these books who were pretty much just written for money.

Again I agree with RQK especially with the aspect of effort. It is very easy to spot a youtuber who hasn't really put any effort into the book. Unpublished authors spend months-years writing and writing and are sometimes blown off by publishing companies. They put so much love and time in their work, while (I'm not trying to point fingers.) some youtubers are approached with the idea of a book and they give an idea then all they do is take some pictures for the cover so their face can be on it. There is nothing special or original about these books being released with youtubers faces on them.