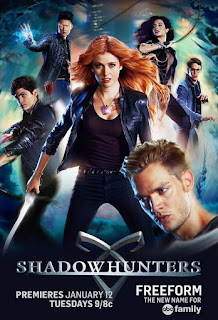 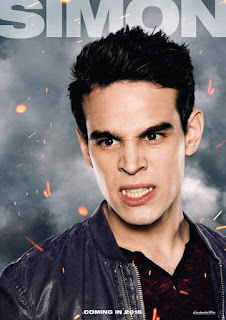 Clary, Jace and Isabelle are forced to take drastic action after they suspect Lydia's harsh plan for the Seelies could prove to be disastrous; Alec is emotionally torn by events at the Institute.
- Wikipedia Synopsis

You can read my other Shadowhunters reviews HERE

This review WILL contain SPOILERS
Episode 9 of Shadowhunters was released on Tuesday. I thought that it was a decent episode, but I feel like it didn't improve from the last episode. In this review, I will be talking about all of my thoughts, explaining all of the highs and the lows I experienced while watching.

The first thing I would like to discuss is Meliron. From the very beginning, I was very skeptical about his character. The way his character is being portrayed does not seem very natural, and his lines are delivered in a way that's also not natural. Obviously, we haven't seen much of his character in the show so that could be one of the reasons why since he probably hasn't had as much time as the others to grow into his character. I have Faith that his character will improve as the show goes on because I had that problem with Raphael in the beginning, and he has gotten far better. 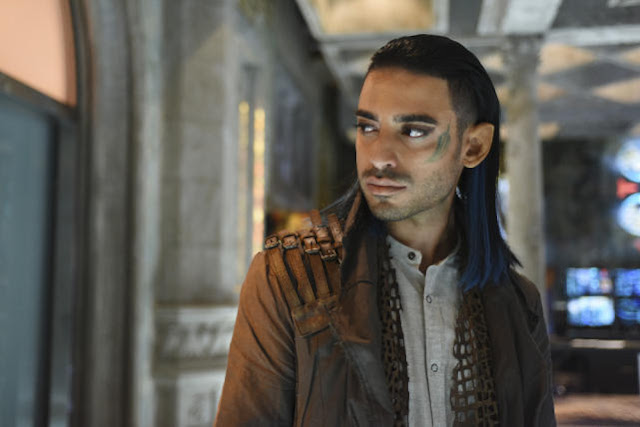 A large portion of this episode is focused on saving Meliorn and uniting Shadowhunters with the Downworlders. That whole concept reminded me of City of Glass, and I know the writers are trying to blend some of the story lines together but I feel that it wasn't needed in this plot. However, it was  very interesting and entertaining.

Something that upset the fans was the fact that Alec proposed to Lydia. I wasn't a fan either, and I honestly thought this whole thing would be dismissed in the future but I fear that I am wrong. I looked at promo pictures for one of the future episodes and there is this whole wedding ceremony with Lydia and Alec. I don't know how this all going to turn out since the episode is titled 'Malec'.  It was very interesting to see Lydia and Alec be a team in this episode. I think that they would be very good friends and business partners but I think this whole storyline with the two of them is just a filler because they couldn't extend the City of Bones plot line into 13 episodes.

Hodge still seems like a gym teacher. He is a character that I was very surprised with the casting and disappointed with his portrayal in the script. It's just not Hodge from the books, he is one of the only characters who is not the same. His character in the show does not really seem like he has any importance to any of the characters, in the books his betrayal was so shocking because of his role in the characters lives. 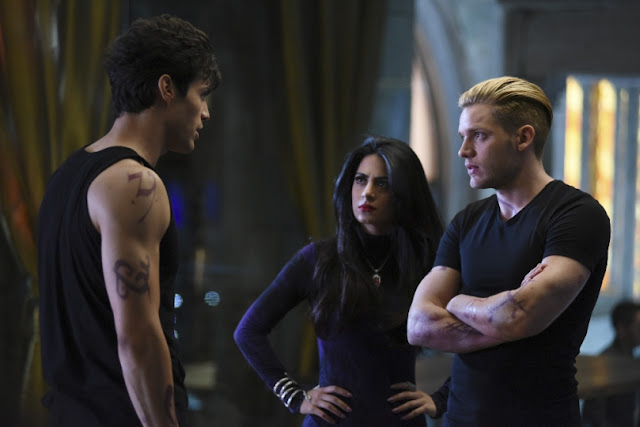 As always, Alberto Rosende does a fantastic job in this episode. He continues to blow me away with each and every episode. His dynamic with all of the characters is incredible. It's hard to believe that this is one of his first major projects.

Alec really frustrated me in this episode, and I feel like that is a good thing because he annoyed me in the book as well. It was really interesting to see Alec and Jace fight in this episode because I really felt for them. During their fight scene, I couldn't help but feel so much frustration with them and then I realized that this was a good thing, the connection was established and I'm finally starting to care for the TV versions of these characters. 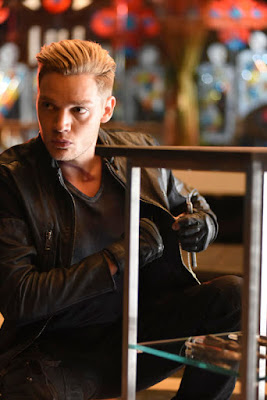 I don't really know how to feel about Jace knowing about Alec's feelings for him. I don't remember how it happened in the book. In a way, I kind of like that he knew because it shows that if he knew all along that it couldn't come between them but there's a part of me that loved it in the book.

Clary in the show is really growing into this incredible character. Katherine McNamara is growing with her every step of the way and it is so great. I had faith in her from the very beginning and I am so glad that I stood by my opinions because she is truly growing into her role.

There were two comedic scenes that I absolutely loved in this scene. The first scene is where they are searching Clary's room for The Mortal Cup (That's so stupid, why would they think she hid it in her room? She's smarter than that.) and then some guy pulls out one Clary's bras and then Jace is like "I'm sure that's not the cup you're looking for." I don't know why, but I just found that so funny. Part of me was laughing and the other part of me was like "Aw Jace get's bothered by other people touching Clary's things." The next scene is where Luke and Simon do a little fist bump when the werewolves and vampires are fighting. I'm sure you know what scene I'm talking about because it was great.

I always feel like each of the episodes are spread out and that nothing much happens. It kind of makes me sad because I always want more and more. However, it also feels like we are all receiving all of the episodes so quickly. It honestly feels like the last episode came out yesterday, but that might just be me replaying them on Netflix.

I feel like I didn't say much in this review, but there isn't much I can talk about this episode because I have already mentioned it in my past reviews.

Overall, I thought that this episode was pretty good. It wasn't bad but it wasn't excellent. I was seeking improvement but it kind of went flat. I am looking forward for the next episode. I would rate this episode a 3.5 out of 5 stars.