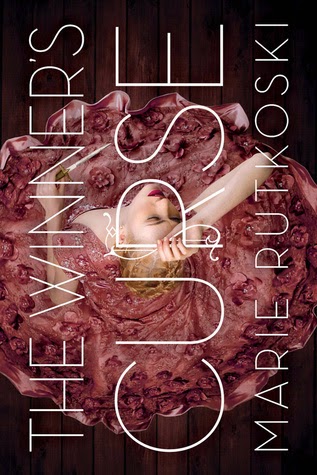 As a general’s daughter in a vast empire that revels in war and enslaves those it conquers, seventeen-year-old Kestrel has two choices: she can join the military or get married. But Kestrel has other intentions. One day, she is startled to find a kindred spirit in a young slave up for auction. Arin’s eyes seem to defy everything and everyone. Following her instinct, Kestrel buys him—with unexpected consequences. It’s not long before she has to hide her growing love for Arin. But he, too, has a secret, and Kestrel quickly learns that the price she paid for a fellow human is much higher than she ever could have imagined. Set in a richly imagined new world, The Winner’s Curse by Marie Rutkoski is a story of deadly games where everything is at stake, and the gamble is whether you will keep your head or lose your heart.

I bought this book because it was on sale for $5 and I had no idea if I was going to read it. As I am writing this I actually have not finished the book, in fact I have just started and I don't have a notebook to put my thoughts so I'm just going to write them here. However by the end of this review I will be finished the book.

One thing that I found interesting about this book is that Kestrel's father is a general, and in this world her father wants her to join the military but she doesn't. I really liked the idea of this mainly because it demonstrated that Kestrel was already a strong character and she wouldn't fall into that pit of weakness. I will admit, it was a little strange to see resistance in Kestrel because I just assumed that she would kind of be like America Singer from The Selection series by: Kiera Cass. I was overwhelmed by Kestrel because to me she just came off as a very bold character. I guess I just judged way too quickly. A lot of the female characters in this book are so cool. I mean they carry daggers in their ball gowns and Kestrel is obviously just one female character that stood out to me.

Kestrel is the daughter of the general, her father is one of many characters who follow the Valorian customs and does not stray from those customs. At times this did bother me. There is one point in the book when he finds out that Kestrel has been wandering the streets without an escort and the thing is he knows that she is fully capable of defending herself but he just says "Oh no, I know that but it's custom."

A common thing that happens in many young-adult books today is that the society is split into different parts, one being lesser than the other. In this books case, it's split into two, there are the Valorians and The Herrani. In this book, it is said that The Valorians conquered The Herrani. The rulers of The Valorians have basically taken over their country and took The Herrani people as slaves. Slavery is nothing new to todays world, I mean it is still happening today and slavery is something that I never really read about whether it be fiction or non-fiction. To be honest, I don't think slavery is common in YA novels and I really love that Marie decided to have that aspect in this book. Whenever there are different societies there will always be one that suffers, most of the time they are living in poverty but there is rarely ever any clear slavery involved. Everyone is very open about slavery and even their own slaves, they auction them off for a price that they think they're worth and will sometimes ask others if they can borrow someone else's slaves. The whole aspect of slavery in this book, I found very interesting.

I will admit, this was completely a cover buy and when I picked it up I just assumed that this would be a frilly and fluffy read. People always say, don't judge a book by it's cover but I think we all can admit that we still do it no matter what anyone says. I personally love misleading covers because if the content is great then you will be in for a delightful surprise and The Winner's Curse definitely did that for me.

So this book does have a little bit of romance and that was expected. As I read through this book I noticed that this book had two main focuses, Arin and Krestel and the military aspect of the story. This book seemed to mainly focus on the love triangle for the first half or so, to me that was a little bit of a turnoff. The romance wasn't necessarily heavy it was just mentioned so often throughout this book and I personally did not pick up this book for the romance. In my opinion, I would have loved this book even more if they got rid of the love triangle because I do not think it was needed in this book.

The Winner's Curse has so much potential for later books because it has such a bold world. Everyone who lives in this society is so strong and how they carry themselves is what makes them different from most young-adult book characters.

With this book I found that it was a little slow paced for me at least, I have recently just been reading books that are in first person and this book is in third. That took me by surprise because this meant that I actually had to pay attention. I don't know why, I just read third person a lot slower because it requires more of my attention.

Overall I did fairly enjoy this book but I did not love it. At times I would lose interest in the story just because I found that the pacing was a little strange but then again that is just me. If you have read The Selection series I think you would like this book even if it is quite different. To be honest the story is not what kept me reading this book, the whole world and the characters are probably what made me want to continue reading. I would rate this book a 3.5 out of 5 stars. This book is written so well and has so many wonderful characters and the world is so rich and so different but the story sadly did not grip me. I'm kind of disappointed that I had to rate it that particular way but I had to take off a few points for the story. I just feel that the romance took away from the story's potential and I found that disappointing. I went into this book knowing that there would be romance but I did not expect the romance to overshadow the main plot.

I hope you enjoyed reading this review! Please feel free to follow our blog! 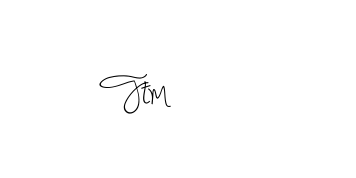