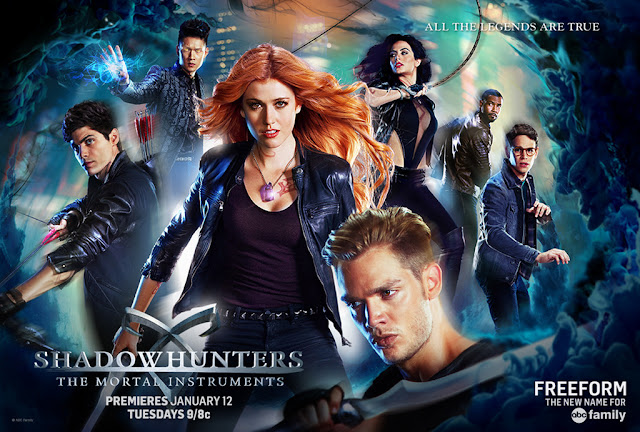 Shadowhunters is an upcoming Freeform television series based on The Mortal Instruments by Cassandra Clare. The show was officially picked up to series on March 30, 2015, by the network.[1] It is the second adaptation of the novel series, the first of which was the 2013 film The Mortal Instruments: City of Bones, which was also produced by Constantin Film. It is set to premiere on January 12, 2016.

I have come to an acceptance and I think every single person should do that. Here is a question I want all of you to answer. Do you want The Mortal Instrument's to be adapted? If yes, then please continue reading, if you don't then it's probably best that you don't continue reading this.

I first discovered this book series after I watched The Mortal Instruments: City of Bones movie which starred Lily Collins and Jamie Campbell Bower. I really enjoyed the movie, but two things that I did not like about it was that it had a lot of plot holes and it was pretty cheesy. I think that each role was cast perfectly in the movie, however some of them did not really look the part. As most of you know, the movie did not do well in the box office. Now we have a second chance with the TV show.

Something that has been bothering me recently is that people are going into this TV show expecting the same City of Bones movie. Shadowhunters is separate from that adaptation and it should remain that way. All the changes they are making is for that purpose in my eyes, they want this adaptation to be new and fresh. The creators of this show, don't want you seeing the exact same thing because if you did that would be quite boring. If I saw something that was similar to the movie in the TV show, the first thing that would pop in my mind is "Oh, that was like the movie..." Yes, it is great for adaptations to be faithful to the books, but the City of Bones movie kind of did that already, so if Shadowhunters did that, what would we be seeing? Would we be seeing something new or would we be seeing something that seems like a copy of the movie. They want this show to be separate from the movie, and they are doing just that.

Judging from the trailers and the 7 minute clip, the book is still there. What I see is the book but with things added. The changes that I'm assuming they're making should still make sense to the show and the books. (I could be wrong)

I have a theory. Something that has been puzzling me is why Clary just disappears into a what I think is a portal and then it clicked, DORTHEA. 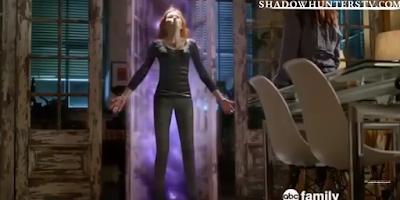 In this picture is a woman, dressed like the woman who got thrown out of the window. Could this be Dorthea? I started to watch more and more clips and then I just thought it could possibly be Dorthea. It would make sense for Jocelyn to go to her for help since she has the portal and she's a witch. 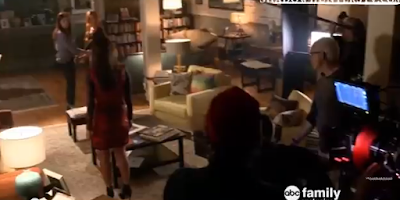 Below is a picture of who I think is Dorthea, in the background is either Pangborn or Blackwell A.K.A Valentine's minions. In the seven minute clip, Pangborn and Blackwell are seen being very suspicious of Clary maybe causing them to report to Valentine and that results in them following her back to the apartment. So maybe this is a scene where she is kind of freaked out and she goes to Jocelyn to warn her. And you know, portal and stuff.

I am also guessing that we're going to get a fight scene with Jocelyn and maybe Dorthea. So maybe the woman being thrown out of the window is Dorthea. The man on the right seems to be Pangborn? Blackwell? I don't know who's playing who. I think this because we saw him in Pandemonium.

I am really enjoying everything that they are giving us, I have feeling that I'm going to enjoy the show no matter how accurate it is because it just seems really entertaining.

There has been a lot of hate on Kat's acting in the seven minute clip, I find that, that's so stupid because it's a seven minute clip. Also, pilot episodes are usually very awkward. It's not fair to judge someone based off of that. Also they're saying how she's made Clary into someone she's not because of what she is saying. I don't think that's fair because she is simply just saying the lines she is supposed to say, she's not making them up as she goes. I truly believe that the characters will be the same just as the actor's have said.

I have so much hope for this TV show, and I really hope that it can be successful. I know that there are going to be differences in the show, not one adaptation is exactly like the book. I'm just so excited to follow the journey of this show.

What are your theories?