Without a doubt, Shadowhunters season 2 was a huge improvement from season 1. Although better, it does not mean that it didn't have flaws or that it turned into the greatest TV in all the land. is a show I love to love, but also love to critique. I haven't been writing reviews the episodes as I used to because 1) I was kind of busy, 2) my thoughts were basically the same throughout each episode. The only episode in which no problems really occurred for the episode directed by Paul Wesley. Most of the things that I will be pointing out from the finale are all the of the flaws I recognized were in most of the episodes. 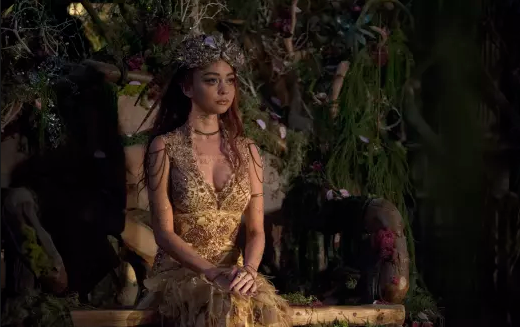 My least part of this entire episode was most certainly everything involving the Seelie Queen. If you didn't really know, I'm not the biggest fan of Sarah Hyland as the Seelie Queen--I think she does great light hearted roles. drama? I'm not sure. Sarah Hyland looks great as The Seelie Queen, portrayal is less scary than the child. I definitely think that there could've been a better casting choice for another form of the Seelie Queen. I would also like to point out that the whole shifting forms thing was just an excuse to cast Sarah which I'm not a fan of. They should've stuck with one casting because the whole different age and form thing plays no relevance in the plot nor does it have any significance.

Don't get me wrong, Sarah Hyland's portrayal wasn't terrible. I just don't feel like she was the right casting choice. I feel like they could've gone with a stronger actress on this one.

The entire Seelie Court storyline of this episode felt like it was thrown in to make sure they included the other characters. Not to mention it was all very rushed and felt like they were trying to speed it up to get back to the Valentine storyline. 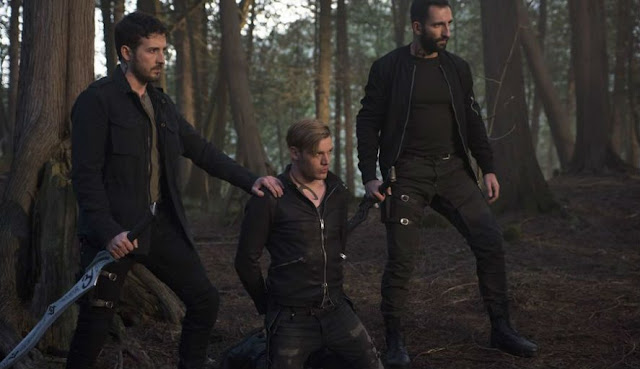 As much as I loved Clace in this felt weird. And the reason why it felt weird at certain points was because of the way Clary had been acting only maybe 3 episodes ago. One minute, she can't stand to be next to Jace and all of the sudden she's all touchy at a bar with him.

What I will say is that I loved the way their relationship was portrayed during the whole Jace dying thing. I think that entire dynamic between Jace, Clary and Valentine was done very, very well. Especially with Valentine, Alan Van Sprang is STELLAR. Also that entire area of the episode was an area that wasn't as rushed as I thought it would be. I personally feel like we could've spent so much time in that part of the episode without being interrupted by Isabelle, Alec and Magnus. Nonetheless, it was one of the show's strongest moments, and as a book was very happy to see that scene.

One thing that kinda bugged me about Clace in this episode was how distant Jace was. Again, this has to do with the consistency of it all. Before Jace was the one chasing now it seems like Clary is the one chasing. It would be nice to have be in sync for once.

They did have some great moments though---I will admit that. When Jace said he loved Clary, my heart shattered a little bit.

A huge problem I have with this show is the lack of demons. Now I know that at the time, Valentine is the bigger picture. HOWEVER, the demons we saw were either possessing  or humans, or they took the form of a human. It's so lazy in my opinion to do that. This is a demon hunting show, if you're going to show demons, SHOW THEM. Also, it would be nice to not have the demons die with one arrow or one slash of a seraph blade.

Magnus and Alec FINALLY cleared up their drama. Honestly, I did not have a problem with their issues it was the way Magnus reacted. You'd think for a warlock whose lived hundreds of be a little more mature? It honestly felt really middle school .

Overall, those were my thoughts. I didn't go into much detail only because I would be repeating everything I said in previous reviews. If you'd like to read my past Shadowhunters reviews for episodes from Season 1 and 2 I will link them HERE.