Reading has not really been a thing for me in the past few months. Recently, I just haven't been having enough time to pick up a book, read it and enjoy it. If I tried, I'm sure I would end up in another reading slump and I don't want that so I'm not going to force myself to do anything. So let's get on with this wrap up! 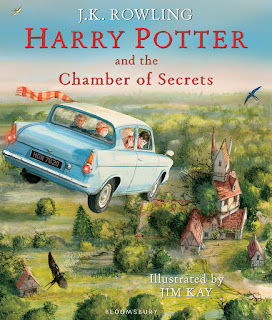 The first book I read in the month of October was, Harry Potter & the Chamber of Secrets, the illustrated edition! This was really easy to get through having read the story several other times, but it was so much more fun reading it with illustrated. Once again, I am blown away with the beautiful illustrations done by Jim Kay and I can't wait to see the future books.

SIDE NOTE: Is anyone not curious on how and what they're gonna do with the longer books? Is it going to be released in parts? Will it be shortened? 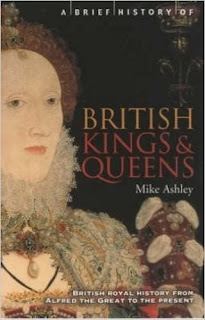 The second book I read was for school. We had to select a non-fiction book, and I chose A Brief History of British Kinds & Queens by: Mike Ashley because I've always been interested in European history. And it has been sitting on my shelf unread for about a year or two now. At the end of the day, it was pretty interesting reading about the lives of various rulers, but I didn't think it was that great. Very choppy. I would rate this book a 3 out of 5 stars. 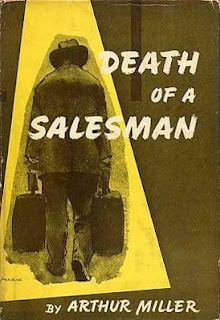 The next was a play, and it was called Death of Salesman by: Arthur Miller. A.K.A the only thing I read in November. This was another piece that I read for school, and I will admit I did find it quite boring at times but when I looked at it with an open mind I understood why it's so popular and why it's considered a classic. There are many themes that are played out in this book, and there's so much symbolism and when I look at those aspects, I found myself having a new and different perspective on the play which resulted in a better appreciation for the text. I would rate this a 3 out of 5 stars. 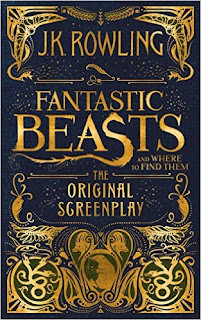 The only book I read in December was the screenplay for the Fantastic Beasts and Where To Find Them movie! I loved this---and I hate to compare it to The Cursed Child but this was so much better. You can actually feel J.K. Rowlings work in this and it was so incredible to see the amount of detail in this. It really felt like I was watching the film again. I would rate this a 5 out of 5 stars.

Lately, reading books hasn't really been my priority so I haven't really been able to pick up the books I want to read. But I think one book a month is better than reading nothing at all! I hope all of you who are reading this have had a successful reading month and I also hope you had a great holiday season as well!

Posted by Unknown at 9:13 pm No comments:

I feel like this month was a month for discovering new things. Somehow, there is a theme surrounding everything I have chosen and that is magic. Obviously not all of the things on the list revolve around magic but a lot of them do revolve around that. Anyway let's get into the first category!

The True Memoirs of International Assassin is a new Netflix original film that came out recently starring Kevin James! This is now probably one of my favourite films of all time. It combined so many elements that I personally love in film. There was a great story arc, there was action and there was comedy! This was one of those films where it had me laughing out loud at various points throughout the movie and it's rare for me to burst out laughing when watching films.

If you're a fan of anything comedy, definitely check this film out if you have Netflix! And if you're an action lover, you should still watch it because it's a film that has something for everyone.

The next film is the glorious, Fantastic Beasts & Where To Find Them the awesome prequel story to Harry Potter! I have been anticipating this film for possibly a few years now. I was so, so pleased with the outcome of this movie. I don't think I was every skeptical about it in the first place, judging from the trailers, I thought it was going to be a pretty solid film.

There were just so many things about this film that I loved! The main things I loved were probably all of the characters and the depth of the story.

If you want to know more of my thoughts, you can read my review HERE.

Many people were set off by this season, and didn't really like it but I personally really enjoyed it! In my opinion, I thought that it was a really strong season, it definitely had me on the edge of my seat. Honestly, I just really enjoyed the concept of a show within a show, within a show and so on.

The only things that I was bothered by was probably the script, I found that there were some weak points but I think that's normal. I also really loved the ending! I kind of liked how it had a little bit of a twist with the last survivor thing, it was something that I wasn't expecting that's for sure. It was very twisted yet heartbreaking at the same time if that makes any sense.

The next is Kubo and The Two Strings! Unfortunately I wasn't able to see this movie in theatres but it didn't stop me from seeing it! I had been wanting to watch this film for quite some time, I saw the trailers in theatres and was instantly pulled in and it became one of my most anticipated movies.

Let me just say that I fell in love with this movie. I absolutely loved the storyline. I would say that it exceeded my already high expectations.

Moana is the new Disney princess film that came out in November. I honestly wasn't expecting to love this movie as much as I did. I love anything Disney, but in my opinion this has gotta be one one of the best--if not one of the best, the very best new Disney movie out there.

It contained some many elements that were funny and beautiful at the same time. The music is phenomenal and I have had it on repeat for a very long time.  If you're skeptical about this film, you really shouldn't be---it's a fantastic film and I really hope that you enjoy as much as I did!

Auli'i (OW-LEE-EE) has a gorgeous voice, and I feel that she embodies Moana perfectly, and I love that she's the actual age of Moana!

And those were my favourites for the month of November! I would've put more if I could, but unfortunately I didn't really gather many favourites in November that weren't movies or TV shows! I hope you don't mind this type of post---as I haven't been able to read anything lately! I just really wanted to get something up as I haven't been blogging as frequently anymore.

Anyway, I hope you enjoyed reading this short post!

Posted by Unknown at 8:06 pm No comments: