So to slightly make up for my lack of posts in August I will attempt to make short posts on a few of the books I have read lately. I will  put the summary of the books as well as name some of my favourites, dislikes and other comments I have on each of the books. I find reviews more time consuming as I have yet to master the skill of slowly reading things and writing good notes in between. Therefore this is my simple way of letting you know more about these books while I improve my blogging skills. 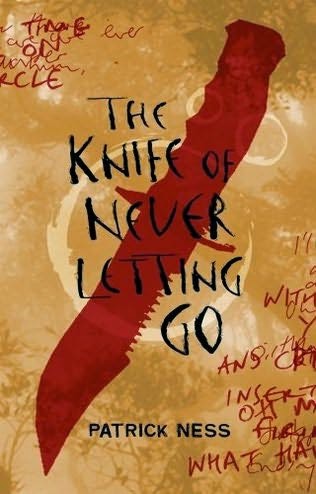 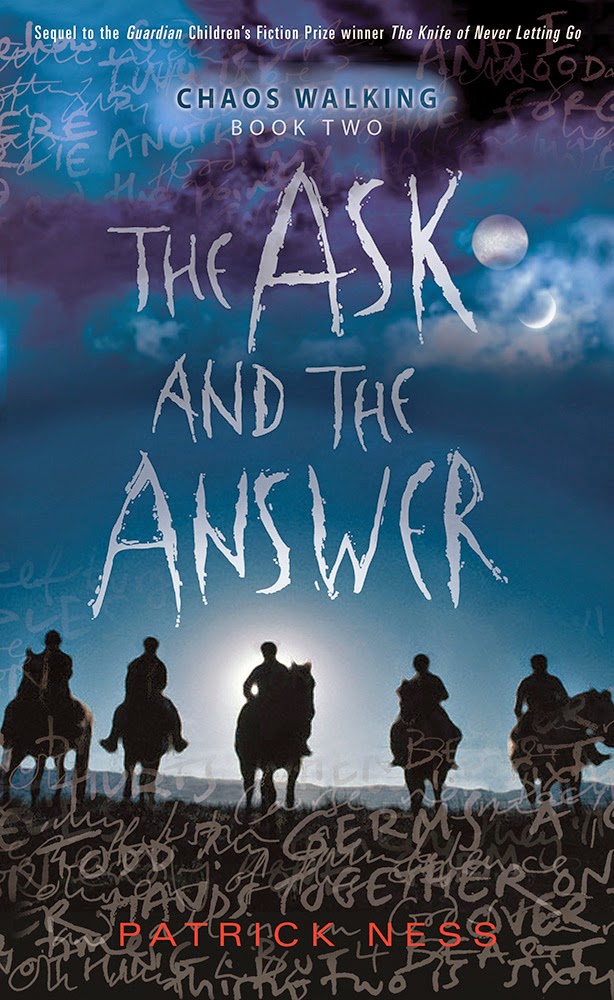 (I am just doing the first two books in this trilogy)

Todd Hewitt is the last boy in Prentisstown.
But Prentisstown isn't like other towns. Everyone can hear everyone else's thoughts in a constant, overwhelming, never-ending Noise. There is no privacy. There are no secrets.


Just one month away from the birthday that will make him a man, Todd unexpectedly stumbles upon a spot of complete silence.
Which is impossible.
Prentisstown has been lying to him.
And now he's going to have to run...

Fleeing before a relentless army, Todd has carried a desperately wounded Viola right into the hands of their worst enemy, Mayor Prentiss. Immediately separated from Viola and imprisoned, Todd is forced to learn the ways of the Mayor's new order.


But what secrets are hiding just outside of town? And where is Viola? Is she even still alive? And who are the mysterious Answer?

And then, one day, the bombs begin to explode...

The Ask and the Answer is a tense, shocking and deeply moving novel of resistance under the most extreme pressure.

Book 1- Favourite Quote:"We are the choices we make" - Patrick Ness, The Knife of Never Letting Go


I feel that this quote is quite spot on. Everybody is defined by the choices they make. Those choices are who they are whether they are making the choice for themselves or for others sake.


Book 2-Favourite Quote: “Dogs don't got the problems of people. Dogs can be happy any old time.”- Patrick Ness, The Ask and The Answer

I really like this quote because it reminds me of something I said about  goldfish. "I wonder what it would be like to live like a goldfish" -RQK. You see I had been thinking how weird would it be to just live life swimming, eating and being happy. This quote is exactly what I was getting at but with dogs.

A lot of people who have read these books might say different. A lot might say that Todd is there favourite. However I personally find that Viola is more resistant to letting people take advantage of her, to let people manipulate her. I realize in some ways Todd can't help it but I still find he gives in super easy which in turn only puts them in more danger.

Manchee starts out being just some annoying dog, but in the end he ends up being a heroic dog who is just one more number in the casualties of the army chase of Todd and Viola. Manchee was a very simple dog, he was loyal and protective. Even though he didn't say much I still found Manchee cute and I was so sad when Todd failed to save him.

Wilf is just so simple, loyal and honest. He may lack in intelligence, but you couldn't find a more trustworthy ally on your side. Not only was he the one who pre-warned locals that the army was approaching, but he also helped out Todd at a time when he may have needed it most.

I realize every book has to have the opposing, the twisted character to make the story interesting. Even so I can't get over the fact how creepily twisted this guy was. First of all how can somebody be so evil to kill a dog with their own hands just to bring guilt and suffering on another. Like I just don't understand how he thinks this is doing anybody good or how it's the right thing to do. Of course I understand that it's characters like these that make the book what it is. On a personal level, and or as a reader I dislike Aaron very much. However when doing any sort of critique on this book I have to say that the character of Aaron is a great for the story.

Book 2- Dislike: Event, When Todd began to be mean to the Spackle and started thinking of them as sheep.

I guess the point of this was just to show how Viola's departure affected him and to show how he had hit rock bottom in a sense. However I just find it appalling that somebody who fights for the right treatment of people such as him, could treat innocent living alien version of human beings in such a inhumane way. Again I can see the point of having your main character do extreme actions that completely contradict everything about them, but that doesn't make what he did seem any better.

Between both books I have to say I like the second book "The Ask and The Answer" more than "The Knife of Never Letting Go" . It's unusual of me to prefer the second or third book of a trilogy over the first. Generally I find the first book is the best. It's when you learn all the basic things to know about the story.Though in this case I prefer the second book as you learn much more about the characters, but also there is just a lot more happening since it isn't just them being chased anymore.