The Hate You Give: Angie Thomas | Spoiler-Free Review | Faith

I'm going to start this review off by saying that I am absolutely thrilled that it has been so much praise. I am also thrilled, that is a #1 NYT . Not to mention that it has also already been adapted into a film. That being said, I would like to point out a few things. I was straying away from this book really because I don't like reading hyped books because in the find that I can be left disappointed. The next thing, diverse books are very important to me. And I do not really go out of my way to read said diverse books. The fact that this book is written by a woman of  and that it tells such an important story and has an impactful message---that is the reason why I picked this up. Not because it's a popular book.

I had been wanting to read this book ever since I heard it was coming out, and that was a while before it was published and became widely popular. I often get turned off by popular books because in certain cases---it can be over-hyped. I'm not here to say that this is the case with The Hate you Give, but at the end of the day... No book is perfect. Every book I deem to be "perfect", I know that it has flaws just like everything in this world. Now, was I disappointed with this book? Hell no. Now, did this book meet my expectations? In a way, yes.

This book's strong point is most definitely the story, the characters and the message. I went into this book expecting to see some raw and real stuff, and that is exactly what I saw in this book. Within the first couple of chapters, my heart felt like it was aching. There is no beating around the bush---It gets straight to the point.

I think the story itself reflected reality really well.

Pointing out the fact that it was pretty realistic, the realism did shape the writing of the novel itself. While I thoroughly enjoyed the book, I did find that the writing style wasn't exactly absolutely fantastic. In various points of the book I found that I wasn't really gripped by the writing. The only thing that was really pulling me through the book was the story, which is obviously not a terrible thing. In the end, the writing itself a little flat.

Overall, I enjoyed this book. No, it wasn't my absolute  book in the entire world. What I love most about this is that it has a meaning behind it---there is a message. For me, I didn't love the structure of the novel I still enjoyed it. I would rate it a 3.5/5 stars. 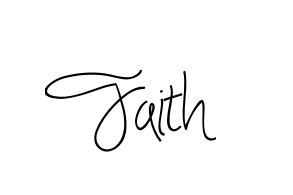