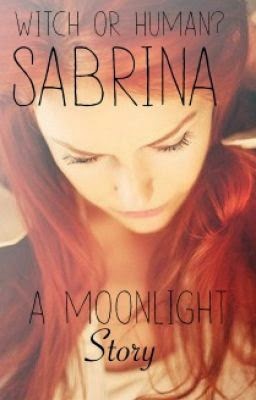 A few months ago I decided to completely re-write a story that I started at the age of eleven. Obviously being an eleven year old, the story wouldn't have turned out very well. Now having a somewhat good understanding of my story, I have made the decision to publish it onto watt pad. This story is about a girl named Sabrina who grew up with only her father and brother in a little town in England called Sedbergh, Cumbria. However, there are has always been secrets that her father as well as her brother have kept from her for her whole life and only on her seventeenth birthday is everything starting to resolve itself.

Below I have snapshots of the first chapter in the proper format that I wanted then the one on watt pad because it's very strange there. I unfortunately do not have a proper file of the prologue because the file got corrupted so it only exists on watt pad. If you would like to read it you can read it HERE 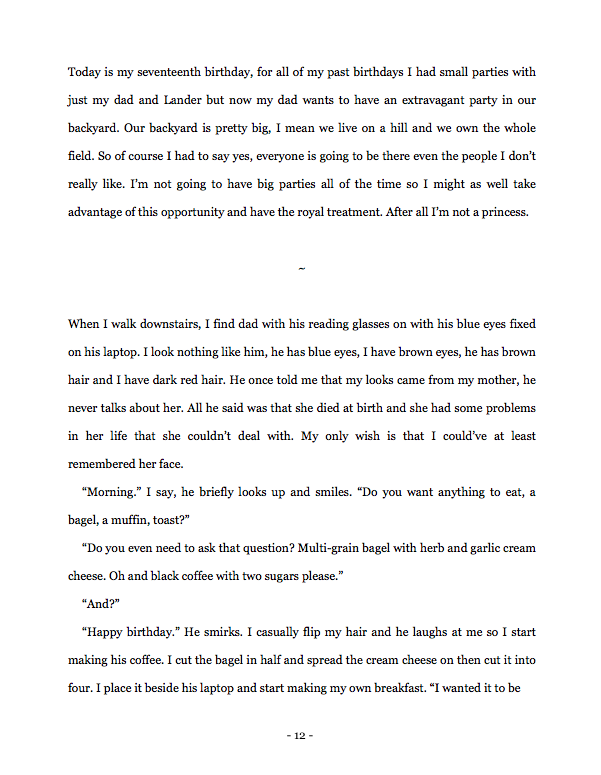 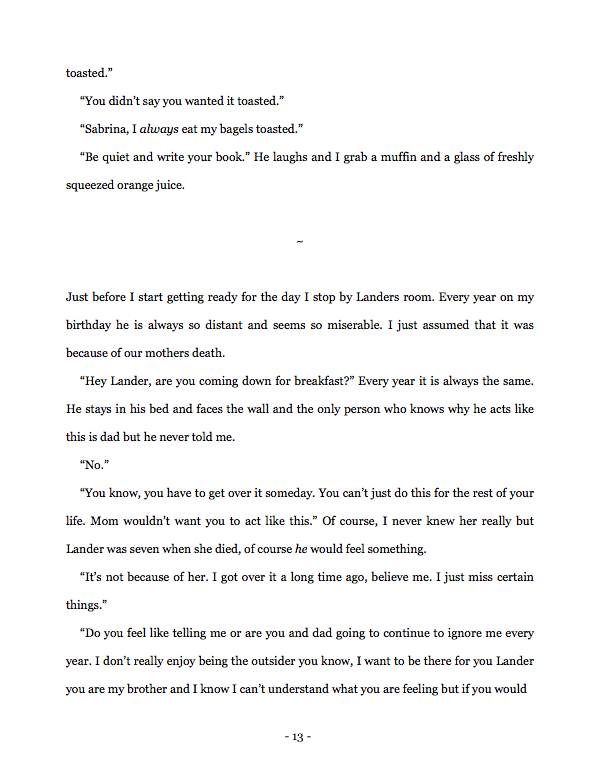 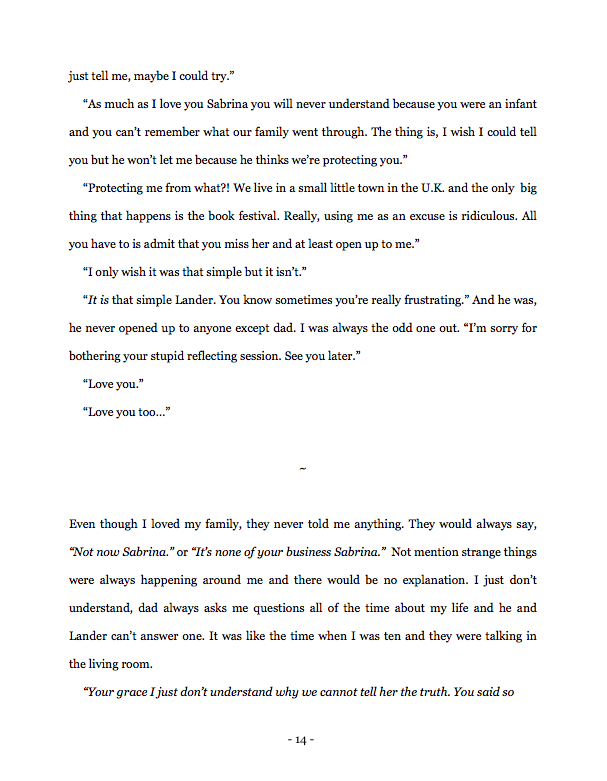 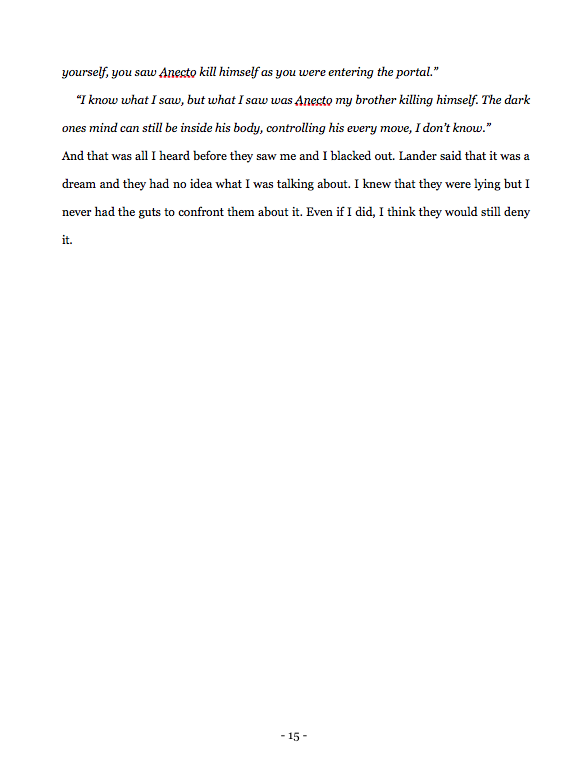