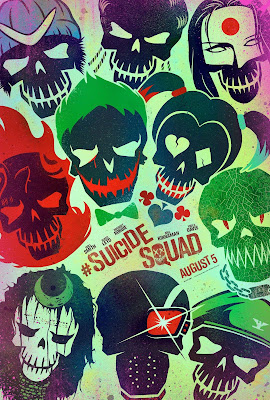 Figuring they're all expendable, a U.S. intelligence officer decides to assemble a team of dangerous, incarcerated supervillains for a top-secret mission. Now armed with government weapons, Deadshot (Will Smith), Harley Quinn (Margot Robbie), Captain Boomerang, Killer Croc and other despicable inmates must learn to work together. Dubbed Task Force X, the criminals unite to battle a mysterious and powerful entity, while the diabolical Joker (Jared Leto) launches an evil agenda of his own.

If you didn't know, Suicide Squad was probably one of the most anticipated movies of the year. DC has not really had the best of luck with their films recently, since Man of Steel there has been a mixture of good and bad reviews for the three films that have been released. Another thing that has been surrounding the films is the lack of connection between the DC TV Shows and the films. For those of you who are frequent watchers of the show, you would know that Deadshot was killed in Arrow and that Grant Gustin plays The Flash. Unlike Marvel, they decided not to connect the two of them... I will be discussing some things that surround the DC universe movie franchise.

First things first, what did I think about the film? I thought that this movie was actually quite good and was very entertaining. However, there were flaws. At the moment, I believe that the TV shows are much better than the movies. Even though I say that, I do think that the movies they did in the past were very good.

A huge problem that these movies have are the scripts. All three movies had horrible scripts and that means Man of Steel, Batman vs. Superman and Suicide Squad. It seems like with every film, the scale get's larger with the intensity but the script never changes. Suicide Squad did not really tell a story, it tried but the message never got out there because of how many plot holes there were in this film. Visually, this film was very appealing to look at but it felt more like a music video than an actual movie. To me, since this film has so many things to look at it is only trying to distract you from the lack of care that went into the storytelling aspect of this film. 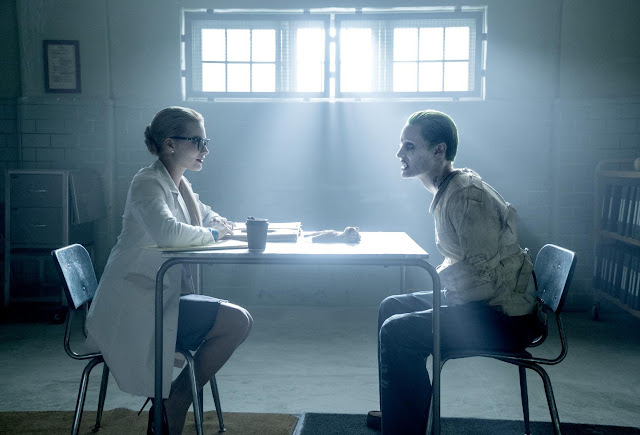 It is so obvious that DC is trying to separate themselves from Marvel, they are continuously trying to make themselves different and make a name for themselves. In my opinion, I already feel like there is a fine line that separates the two without one being dark and one being funny. I mean they have Superman. To me, the dark atmosphere only works for certain characters in the DC universe.

I feel like they are finally figuring out that the darkness isn't really working for these films, it was actually one of the downfalls with the past two films if I may say so myself. There was a lot more comedy in this film than there was in the past. Now while the comedy wasn't overdone, I did feel like sometimes the lines were a little out of place and just sounded a little odd.

While I am a lover of DC, I will admit that I wasn't really familiar with a lot of the characters in this film. The only characters that I really knew were Deadshot, Katana, The Joker and Harley Quinn. Despite my lack of knowledge, I did think that every actor brought their character to life in a really great way.

One character that I really loved in this film was Deadshot. Something that I have always loved about his character is his love for his daughter. I feel like his love for her showed really well in the movie and was one of the best parts of the entire film. 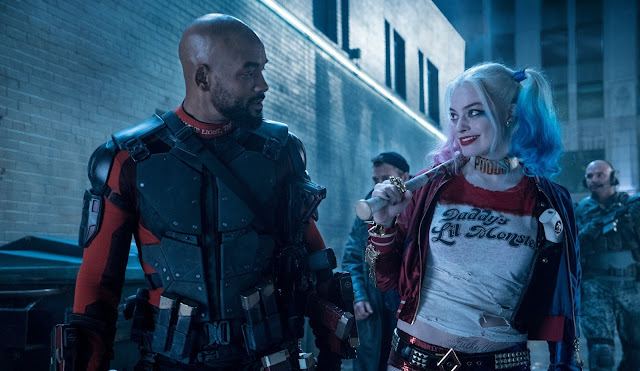 Something that I have always loved about all of the characters in the DC universe, is that everything is so character driven. I personally love when characters motives are driven by another person because it gives them so much depth and character, it results in an incredibly complex backstory.

A character/actress I was very surprised with was Cara Delevingne as the Enchantress/June. I feel like I can't really comment on her portrayal as the Enchantress since so much of it relied on CGI. However I loved her as June.

The fight scenes was another thing I found to be very "pretty" I guess you could say. I didn't really find anything wrong with how they were filmed and choreographed I just wish that it looked more like a fight scene and not a music video. Speaking of music videos, the soundtrack for this movie was all over the place. Usually there is a theme but I felt like the music did not really have a theme. One time it was rock and the next was like electronic pop.

One thing that has always bothered me about the movies is that they kind of chose not to acknowledge the TV shows. The shows have been doing a stellar job at doing crossover and it's so fantastic. I feel like combining the TV shows and the films would have been epic. The argument here might be because the films are darker than the shows, well Arrow is a lot darker than The Flash but they still manage to find a blend between them. Another argument is that we have alternate earths so everything here could take place on another earth, to me this kind of felt like an excuse because certain people were angry.

Overall, if I wasn't paying attention to all of the flaws I would've rated this film a 4 out of 5 stars. However that was not the case. I did really enjoy the films but there were still so many things that they could've improved on. I would rate this film a 3 out of 5 stars.