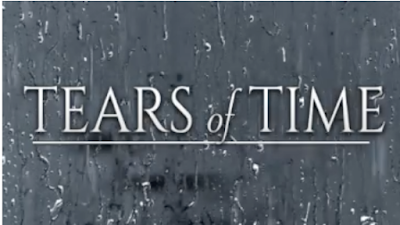 Cal State freshman Eden Ellis feels like a stranger in time, and her dreams are growing more dangerous each night. Is she really the reincarnation of a Bronze Age princess, or is that just the medication talking?
Eden's new telekinetic powers feel real enough, the same abilities used to wage an apocalyptic war in the dream world, where an ancient kingdom struggles to survive the wrath of a fallen priest. When Eden's friends start having similar nightmares and developing powers of their own, she realizes one of them may be the reborn soul of the villain from the dreams who nearly shattered the world—a madman, a traitor, and the lover of Eden's past self.

When a government experiment using the same powers that started the ancient war goes disastrously wrong, Eden's dreams hold the key to saving the future—if she can accept her dual identity and defeat the reincarnation of the man she used to love


Joel Lawrence is the author of Tears of Time which is being published by Oftomes Publishing. As soon as I read the synopsis of Tears of Time, I knew that I would not only want to read this book but also interview Joel. I had pleasure of interviewing Joel. So here is the interview...

Question #2: Where did the inspiration from your book come from? Any books? Movies? TV shows?
Anime. Final Fantasy. Atlantis mythology. The Heroes TV show. I tried not to draw heavily off of YA books plot wise, but there are certain themes and emotions I was inspired by in the Lux Series, the Mortal Instruments books, the Throne of Glass series, and many more.

Question #3: If Eden was face to face with Magneto from X-MEN... Who would win?
Fun, fun question! I love character face-off forums. Eden is resourceful, but early in the book she would lose decisively. However, if it was Sir Ian McKellen’s Magneto, he'd recognize her potential and treat her somewhat respectfully and let her live. If it was Magneto vs full power Riadyna (this will make sense after reading the book!) you could have a pretty epic fight on your hands! PS- Mitharas crushes Magneto ;) 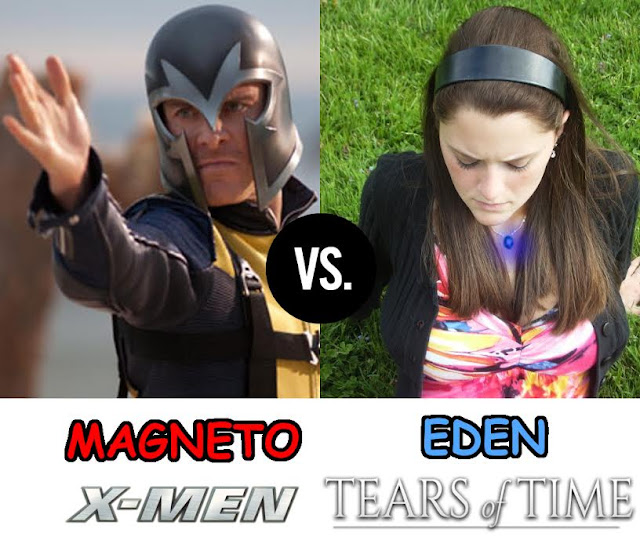 (Thanks Joel for making this!)

Question #4: What can we expect to see from Tears of Time?
A fun contemporary fantasy adventure with romance and mystery and some awesome magical fight scenes! I tried to keep things fast paced and interesting, while at the same time including a lot of clues and deeper layers and back story that should make Tears of Time really fun to reread as well. The idea for was to create a big epic YA type of story that provides a good mix of the familiar and the fresh, that would stand on it’s own while also serving as the first episode in a larger trilogy of stories.

Question #5: How was writing Tears of Time? What were the highs and the lows?
Writing the beginning and the ending was a great feeling, with a lot of hard work and doubt in the middle. That sort of sums up the whole process for this book. The concept and outline and creating the first draft were highs, the editing and editing and doubting and editing were lows. Submitting and getting a publishing offer was the best high imaginable, and I’m still on a massive high planning for release and working on the next book.

Question #6: This book seems like a whole bunch of awesomeness packed into one book, what made you decide to combine all of these elements?

Thanks for the kind words! Firstly, I want to say the genre mixing sprang up pretty organically, and I never set out to pitch Tears of Time as X meets Y meets Z, but it sort of works out well after the fact, doesn’t it? I was working on a big traditional style fantasy a few years ago and started reading more YA, and realized a contemporary YA story would be a fun way to break out of my comfort zone. I always try to have two writing projects going at the same time, one primary where I spend most of my time, and one in the background when I’m burned out and need to do something else for a few hours. I realized my primary project had a massive word count, unpublishable for a first time author, so I wanted to try something 1) marketable/contemporary 2) with a publishing industry standard word count.

Traditional fantasy was the only thing I’d really written prior, so I wanted to include some of those elements so the transition to contemporary wasn’t so jarring. That’s where the two worlds style fantasy idea came from. And the reincarnation idea came from the desire not to do magical portals or traditional time travel, but something that felt fresh. Something a little bit similar to Final Fantasy 8, with Squall/Laguna’s relationship and memories. And reincarnation meant the real world, somewhere historical, but far enough into the past that the mythological fantasy elements would feel believable and give me more of a blank canvas. So Atlantis sprang from that, and everything started evolving, and by the time I started writing, it felt natural and kind of just like it’s own thing, where I never thought about genre until I started writing query letters. It was a very interesting process, looking back!

Question #7: Last but no least, do you believe in reincarnation?
Love your questions! Reincarnation is a fascinating topic. I'm open minded on the matter, but not a concrete believer per say. One problem with scientific study in this area is that children who claim to be reincarnated seem to lose much or all of their ability to remember their past life memories when reaching 7 or 8, when school starts and their brains start filling up with new experiences from the present. But there are some very compelling cases of young children making claims about other people/places/times that they almost certainly had no way of knowing about.

The late great skeptic Carl Sagan cited reincarnation as one of the few paranormal phenomenon deserving of serious study, and I very much agree. I have a lot of theological thoughts on why some form of reincarnation would make "sense" if the universe is an intelligent creation, but that's a topic and a rant for another day!

Doesn't Tears of Time sound really awesome? I know I want to pick it up! You can pick up Tears of Time by: Joel Lawrence in September 2016! I don't about you but that seems like a very long wait. However, I sure it will be worth it! 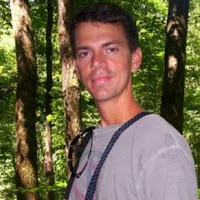 Joel Lawrence is an American Millennial from the Midwest who comes from a game design background creativity. He’s always been a big reader, and honed his craft through short stories, game documentation, and technical writing before attempting his first novel. When one of his professors asked him if he was a writing major, Joel decided the time had come to try his hand as a fiction author. Nearly half a decade and a lot of learning later, he’s pumped up about his debut novel, Tears of Time, set for a September 2016 release.

Though he’ll take lakes, horses, and bonfires over clubbing, life experience is the key to great fiction, so everything is fair game. For reading, he enjoys Tolkien, Rowling, and all the big names in fantasy, and he’s recently developed a love for all things YA.

You can connect with Joel:

Don't forget to check out other books from Oftomes Publishing! They're pretty great. 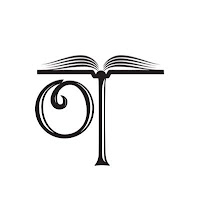 You can connect with Oftomes:

Thanks for reading this interview!