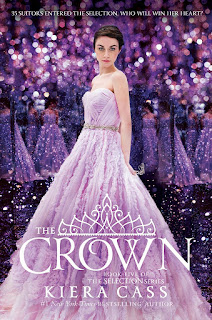 The first book I read this month was, The Crown by Kiera Cass. Like all of Kiera Cass's books, they're very short and very easy to read. I finished this in a couple of hours, and I was somewhat satisfied with this book. One of the major problems I had with this book was how easy everything was for the characters. Everything just felt very rushed and forced and I didn't like that. A plus to this book was that Eadlyn improved as a character. I would say that it was a pleasant ending and it was a good conclusion. I would rate this book a 2 out of 5 stars. 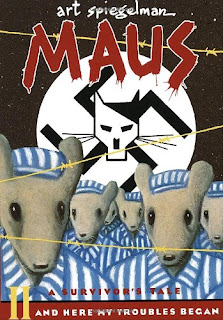 The second book I read this month was Maus Volume 2 by: Art Spiegelman. I read the first volume in my grade 9 English class and I really, really enjoyed it. I had been meaning to pick up the second volume for the longest time and I finally did...3 years later. I did enjoy reading this volume however, I had completely forgotten everything about the characters and the story so I was pretty lost throughout the entire thing. I would rate it a 3 out of 5 stars. 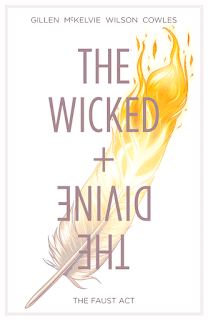 The third book I read this month was, The Wicked + The Divine by Gillen Mckelvie, illustrated by Matt Wilson and coloured by Clayton Cowles. I have been using graphic novels to try and catch up on my Goodreads reading goal. I thought that the artwork in this was really appealing to look at, but I found that I wasn't really interested in the storyline at all until the end. I would rate this book a 3 out of 5 stars.


Honestly, I didn't get much reading done this month because I was busier than usual. I was spending a lot of time just enjoying my time at The Fringe Festival. There are certain books that I should've finished this month but didn't. Those books were The Trials of Apollo: The Hidden Oracle by Rick Riordan as well as Schizo Nic Sheff. Not to mention that there was also an audiobook I wanted to finish. Blogging has also kind of gotten in the way, because I'm scheduled for many things for upcoming books and I'm already falling behind on it.