Me Before You | Movie Review | Faith 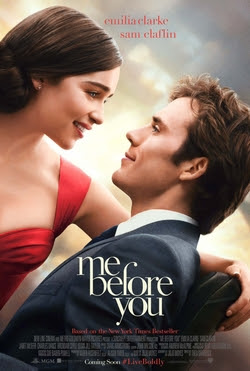 Young and quirky Louisa "Lou" Clark (Emilia Clarke) moves from one job to the next to help her family make ends meet. Her cheerful attitude is put to the test when she becomes a caregiver for Will Traynor (Sam Claflin), a wealthy young banker left paralyzed from an accident two years earlier. Will's cynical outlook starts to change when Louisa shows him that life is worth living. As their bond deepens, their lives and hearts change in ways neither one could have imagined.

Book Review: Me Before You | Review | Faith


The new movie Me Before You is based on the popular contemporary novel by: Jojo Moyes. It stars Emila Clarke as Louisa Clark and Sam Claflin as Will Traynor. When studying the trailers, I had expected this movie to be fantastic. I had really high expectations. Like any other movie, there are things that make it really good and there are things that leave a bad taste in your mouth.

Let's start off this review with the things that I liked about this film. First of all, I love a good montage and there were several of them that appeared in this movie. The montages were one of the things that I believed fit well with the flow of the movie as well as the feeling of it as well. The way this movie started was interesting, it gave a small peek into Will's life minutes before the accident and I thought that that was a great choice for the film. However, it is something I wish we could've seen a little bit more of because for those people who haven't read the book, we don't really know who Will's character was. From that scene, in the beginning, all we were given was that he had a girlfriend and he lived in a nice apartment. 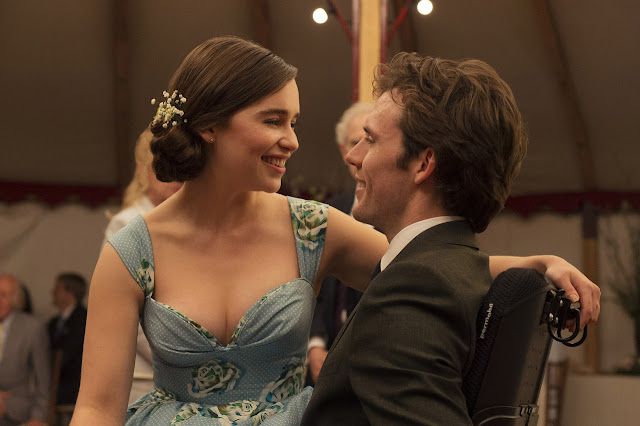 I felt like the actors in this film were really well cast. The two actors that really stood out to me were obviously Emila Clarke and Sam Claflin. Emila Clarke really embraced her character, and just went all out with her portrayal. Also, who doesn't love Emila Clarke's eyebrows? Louisa's outfits were really interesting to see. I was kind of worried because since her taste in clothing is very different, I thought that it would clash or something but thankfully it didn't!

With Sam Claflin, I didn't really have any expectations having seen him act in Love, Rosie, The Hunger Games Franchise, and Snow White & The Huntsman. Another thing is that Will's character is a little similar to Finnick Odair in my opinion, mainly because of the arrogance of both of the characters.


Now let's talk about what I didn't like about the film. Something that I did not like about this movie was the pacing. For me, the way the movie is paced can do a lot of good for it but when done wrong, it can bring the enjoyment of the audience down. In almost every single scene, we barely got any time to realize what was happening or even connect with the characters and the story. To add to the pacing of the movie, the film was also incredibly choppy and it did not flow well. As a whole, it did not feel like you were watching a film, it was kind of like you were watching chunks of different scenes. I found that due to the fast pace of the film and the choppy cuts, it lost a lot of significance. There wasn't really any time to appreciate what the characters were going through.

In a way, it almost seemed like the creators of the movie wanted to incorporate as many scenes from the book as they could. You know what? They definitely did put a lot of the book in the movie and while that is great, sometimes sacrifice is needed. So many things that were from the book was already left out, and in my opinion, certain things that weren't included were a little bit more important than some of the things that were shown. 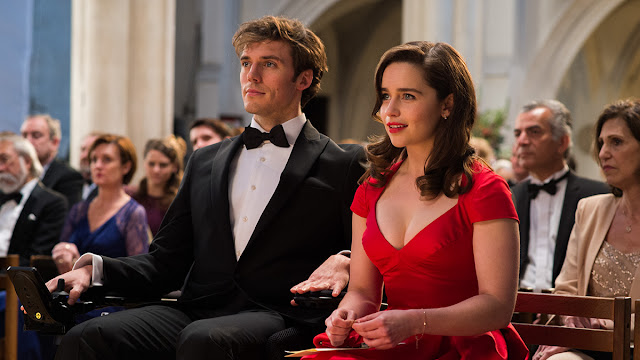 Another thing is that we barely got to see Will's struggle. I don't know if I missed something but it was barely mentioned. It was almost like if we see him, we know what he goes through but no we don't. It was another thing that I wish we saw more of in the film.

However, despite the pacing, you could still kind of see the characters grow. It was so sweet to see how Will changed Louisa and how Louisa changed Will in a sense. Yet it felt like we didn't spend that much time with the characters. I understand the time limit, but if certain things were changed it would've made more of an impact in my opinion.

Overall, this was a decent film. It was a very good book-movie adaptation but as a film, it wasn't my favourite. I loved watching the characters. However, this is another one of those times where the book beats the movie. The book obviously goes a lot deeper and has a lot more depth while the movie didn't. The pacing of the film was possibly the only thing that brought this film down for me and completely lowered my expectations. I did think that it was filmed very well but the structure just didn't sit well with me. I would rate this movie a 3 out of 5 stars.