Some people didn't like this movie, but the movie is what convinced me to read the books. I have always liked reading books, and never really discovered that I was a "fangirl" until I read The Hunger Games. Mainly based on how much I squealed throughout the series.I became so obsessed that my friends and I made a Hunger Games trailer, which is now taken off YouTube.... 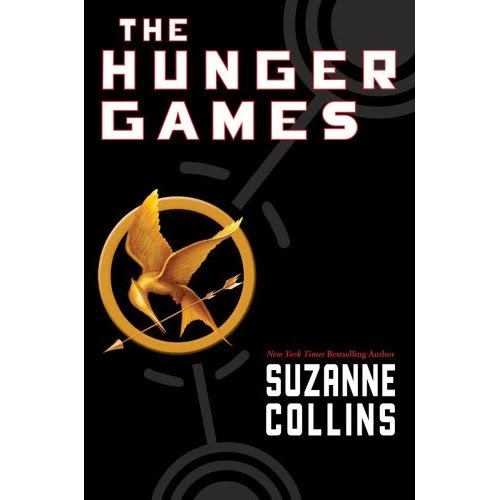 Book Review: The Hunger Games was my second favourite out of the entire trilogy. I really don't know how to review this, because I haven't read this in a while. But I do remember it being VERY good and finishing it in maybe two days or less. So a 4.5 out of 5 stars!

Movie Review: The movie, was great. Yes, when it is compared to Catching Fire it's kind of like Eh.... I mean, it was very good. And some people might have been upset that Prim gave the pin to Katniss instead of Madge, but in my opinion it was better to have Prim give the pin. It has more meaning and it made more sense to have Prim give her the pin. You know considering that Katniss volunteered to save Prim's life, no big deal. And people should really stop giving Gary Ross (The director of the first film) a hard time, because he worked very hard on making the Hunger Games movie happen, remember that if Gary Ross hadn't directed the first film, we might have not had Jennifer Lawrence as Katniss or Josh Hutcherson as Peeta Mellark. And that would have been sad.... To be honest I would give the film a four out of five stars, because before Catching Fire came out, I absolutely loved it.

If you have enjoyed this Review, please follow our BLOG! With your email!